This is probably more appropriate for a simple “Ask the Twitterverse”, but this way I can make it more than 140 characters since there’s some follow-up…

Writers: What numbers do you track with regard to your writing?

I listen to podcasts where they interview writers and a lot of them mention at least something related to word count goals. I also read 2k to 10k: Writing Better, Writing Faster, and Writing More of What You Love, and Rachel Aaron talks about how she tracked her time and writing output fairly meticulously (at least for a period of several months).

I also get more obsessed with numbers during NaNoWriMo and also when it gets toward the end of the year and I have a lot of numbers to work with.

Anyway… Here are the raw and/or calculated numbers that I try to track on a year-to-year basis: 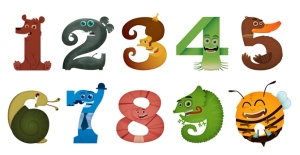 Besides tracking numbers to be able to do retrospective analysis, I also use them during the year (along with some basic spreadsheet functions) to calculate things like:

It’s always fun at the beginning of the year when a big day of writing pushes my average to numbers that are totally unattainable on a year-long basis… or at the end of the year when a similar day cuts down the number of words needed to hit my goals like a Hammer of Dawn tearing through a Berserker. (Can you tell I haven’t played video games recently? I should have a GTA or Destiny related metaphor here…)

Is there anything else I’m missing that other people keep track of?

Posted on December 20, 2014, in Blog, Writing Stuff and tagged NaNoWriMo, Writing. Bookmark the permalink. Comments Off on By The Numbers.